Ep. 008 – Should Police Officers Work as Doormen at Bars and Nightclubs?

Posted on December 2, 2013 by Manny Marquez in Podcasts No Comments
Home» Podcasts » Ep. 008 – Should Police Officers Work as Doormen at Bars and Nightclubs? 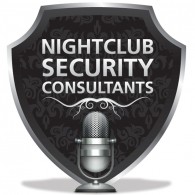 Ep. 008 – Should Police Officers Work as Doormen at Bars and Nightclubs?

Listen to this week's podcast

Should Police Officers Work as Doormen at Bars and Nightclubs?

Robert and Manny explore the question of whether or not off-duty police officers should work as doormen at bars or nightclubs. This is a follow up to Robert C. Smith’s blog on the same topic. You can see that blog titled “Cops as Guards” here.  There are several pros and cons.  Listen to what we have to say about it in this week’s podcast.

Fatal shooting at Las Vegas club raises questions about security, gun polices.  Robert and Manny discuss recent news story of a fatal shooting at Drai’s After Hours nightclub at Bally’s in Las Vegas that left one dead and two wounded. A patron began shooting at guards after asking for his cover charge to be refunded.

Patron assaulted at South African nightclub and suspect post the video on his Facebook page. The shocking video appears show an “employee” assaulting a guest who was accused of doing drugs in the clubs bathroom. The suspects post read “When u do drugs where I work”. The Club denies that the suspect was an employee even though he had access to the video. According to Yahoo News/Mail & Guardian post, the suspect was a backup bouncer. Robert and Manny discuss the incident and considerations when hiring temporary or fill-in doorman.

Just a reminder before listening in – Robert C. Smith and Manny Marquez are NOT attorneys.  The information they share in the podcast is general advice and shouldn’t replace specific, state and venue specific legal advice.  In the event you need legal advice or help, please a professional in your area.

Should Police Officers Work as Doormen at Bars and Nightclubs?

***Reminder – Robert C. Smith and Manny Marquez are not attorneys.  This show’s topics are discussed in general terms.  We highly recommend seeking and consulting a legal professional.

If you have questions or comments email us at [email protected]